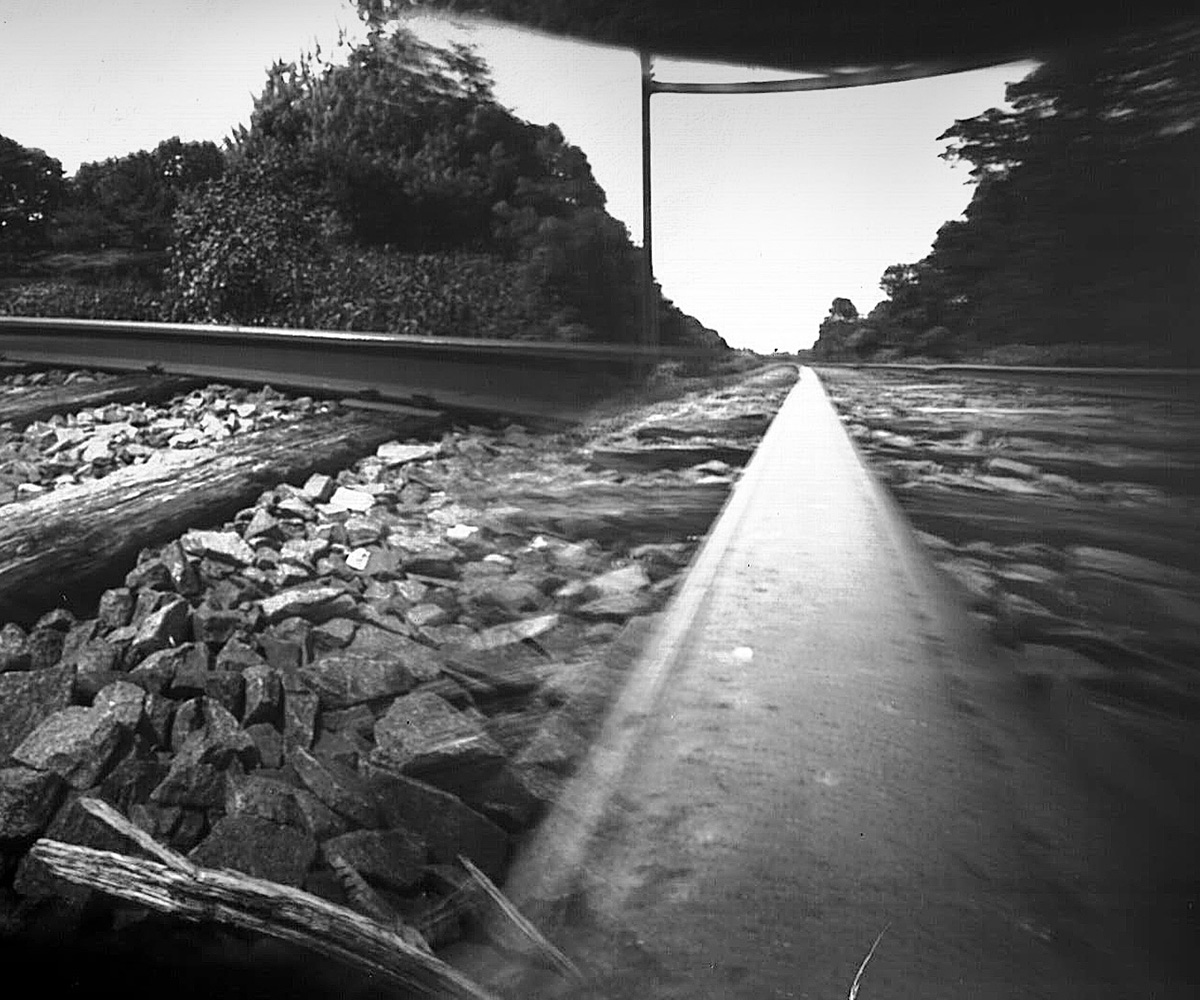 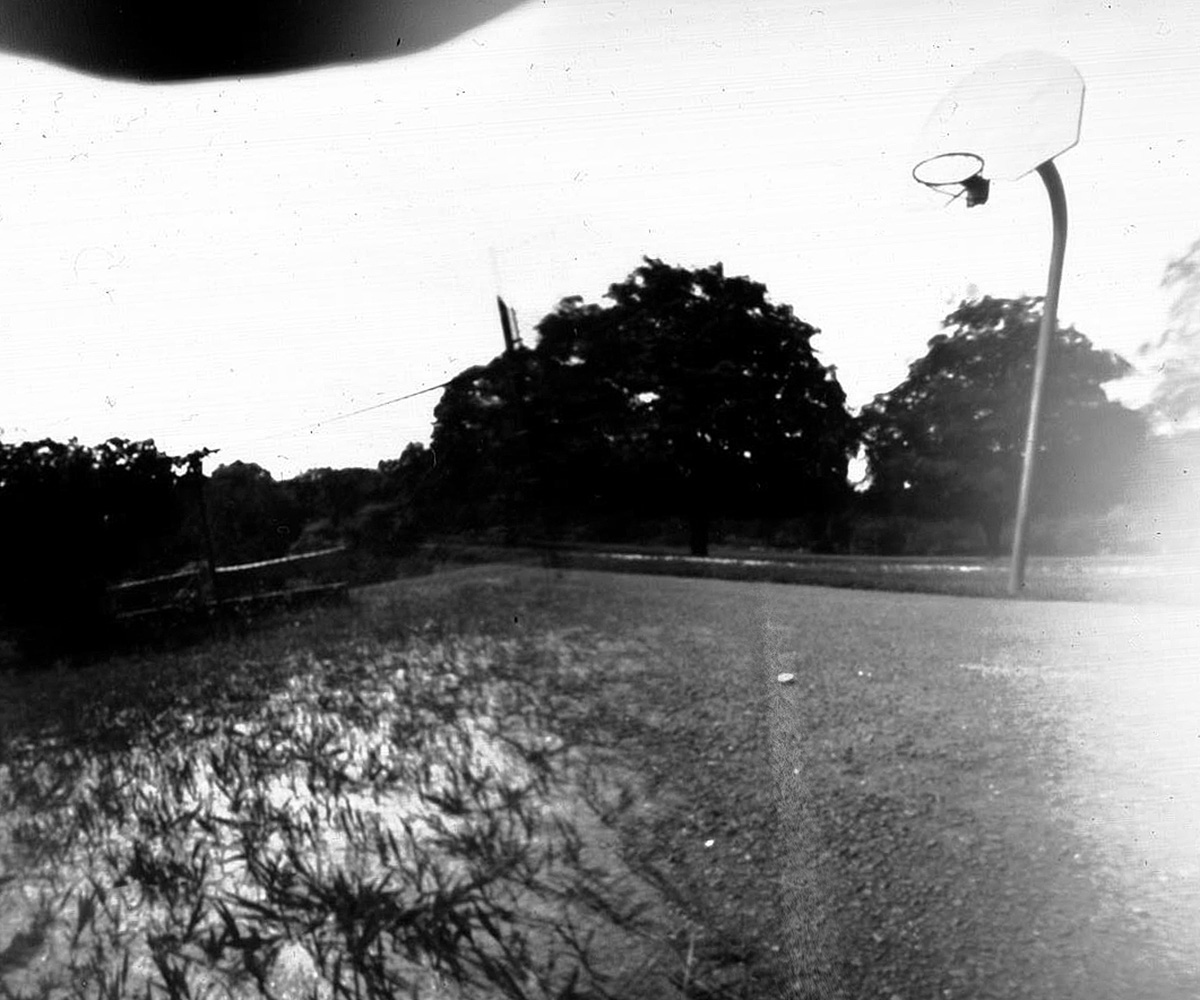 Summer of 2015.  I decide I want to be fourteen years old again; that magic age where I explored the neighborhood woods, played baseball with my friends and made things with my hands.  I want to go back to a time filled tree houses, go-carts, sulfur-burning science experiments, and black and white photographic prints created in my basement darkroom.

I began my journey by making a pinhole camera. Next, I decided to photograph the places in my current neighborhood where my fourteen-year-old self might have spent his summer in the early 70’s: the outdoor basketball courts, the baseball field, the railway tracks. I had expected the pinhole images to be upbeat and filled with the joy of boyhood, but surprisingly, they were filled with a sense of loss and abandonment.  Images of those empty basketball courts, baseball fields and railway tracks were anxiety-provoking and disturbing. I was very familiar with this feeling from previous projects, but I had hoped that this one would be different.  Was this anxiety always going to surface when I embarked on a new project that was based on my memories? What were the alternatives? Stop this photographic self-exploration? Photograph landscapes instead?

As I thought about this, I realized a sense of isolation and separateness had long been a part of my life.  The feelings had lessened over the years as the result of personal introspection and various therapeutic processes, but here it was again in full force as I photographed images related to my early adolescence. Was there ever a time I didn’t feel this way?

Well…yes. Before. Before my father’s bipolar disease began. Before my world fell apart. Before age 7. 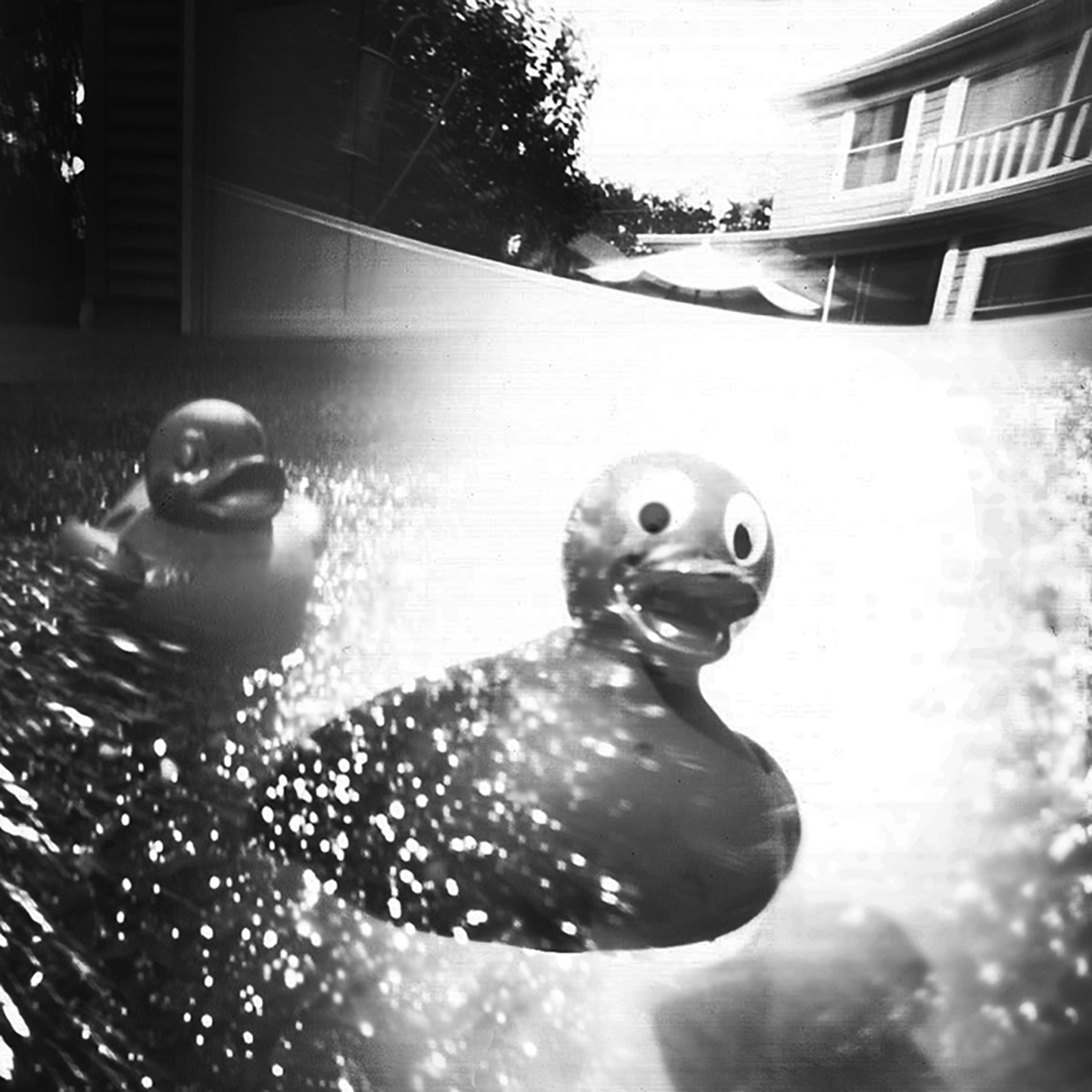 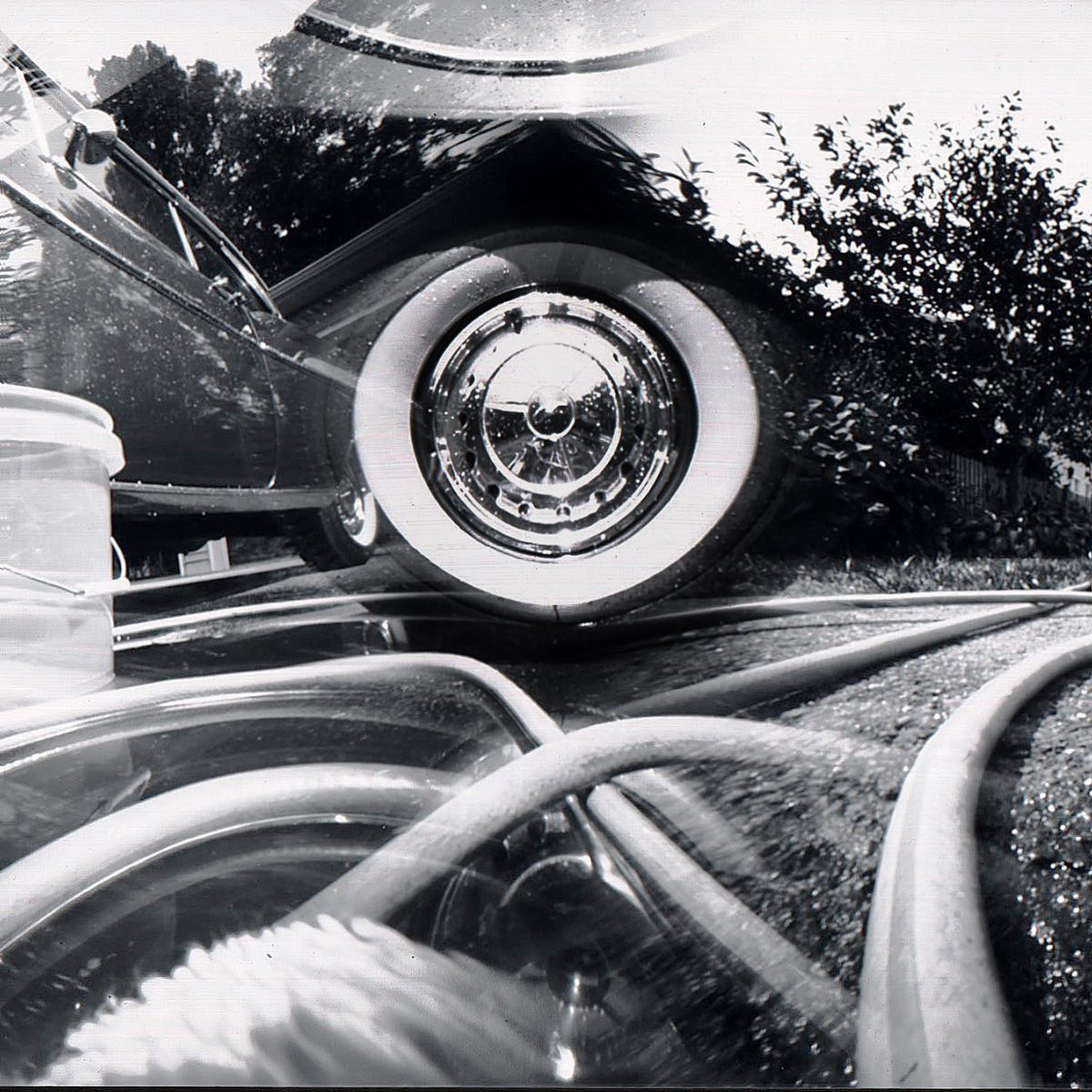 I changed my approach and moved my camera and me to my backyard in New Jersey, photographing images based on memories from my childhood backyard: the lawn sprinkler, my father’s movie camera, rubber ducks in the wading pool. The images were bright, happy, and fun. The anxiety cleared and long buried feelings started to resurface — feelings of safety, family, joy. It was like finding the missing pieces that put me back into some sense of wholeness.

It was so rewarding that I continued this exploration for 5 years.   On sunny days each June and July, I find myself exploring past memories in my current 50’ x 100‘ backyard with childhood objects and my pinhole camera.  One memory leads to another as a happy, sun-filled childhood reappears. 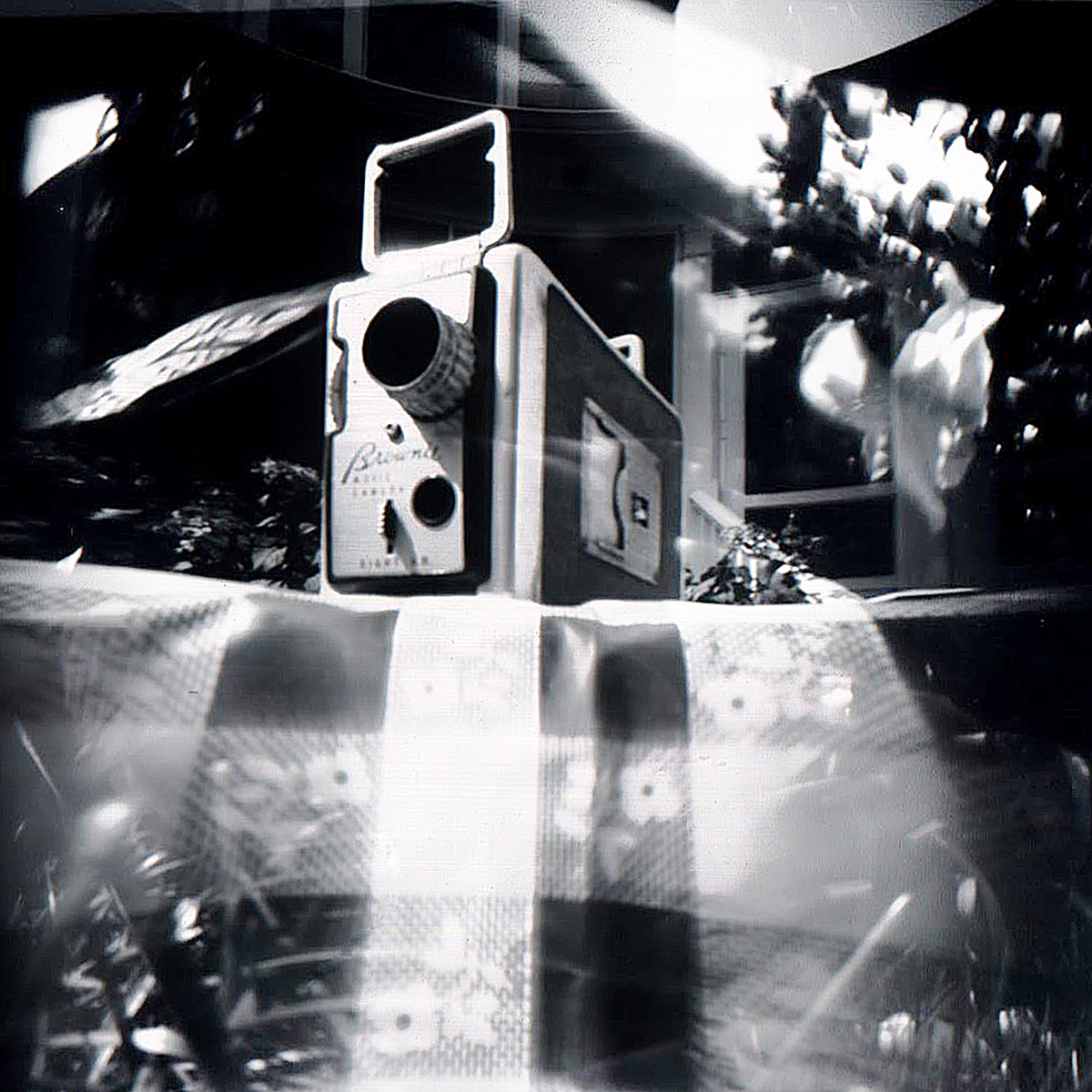 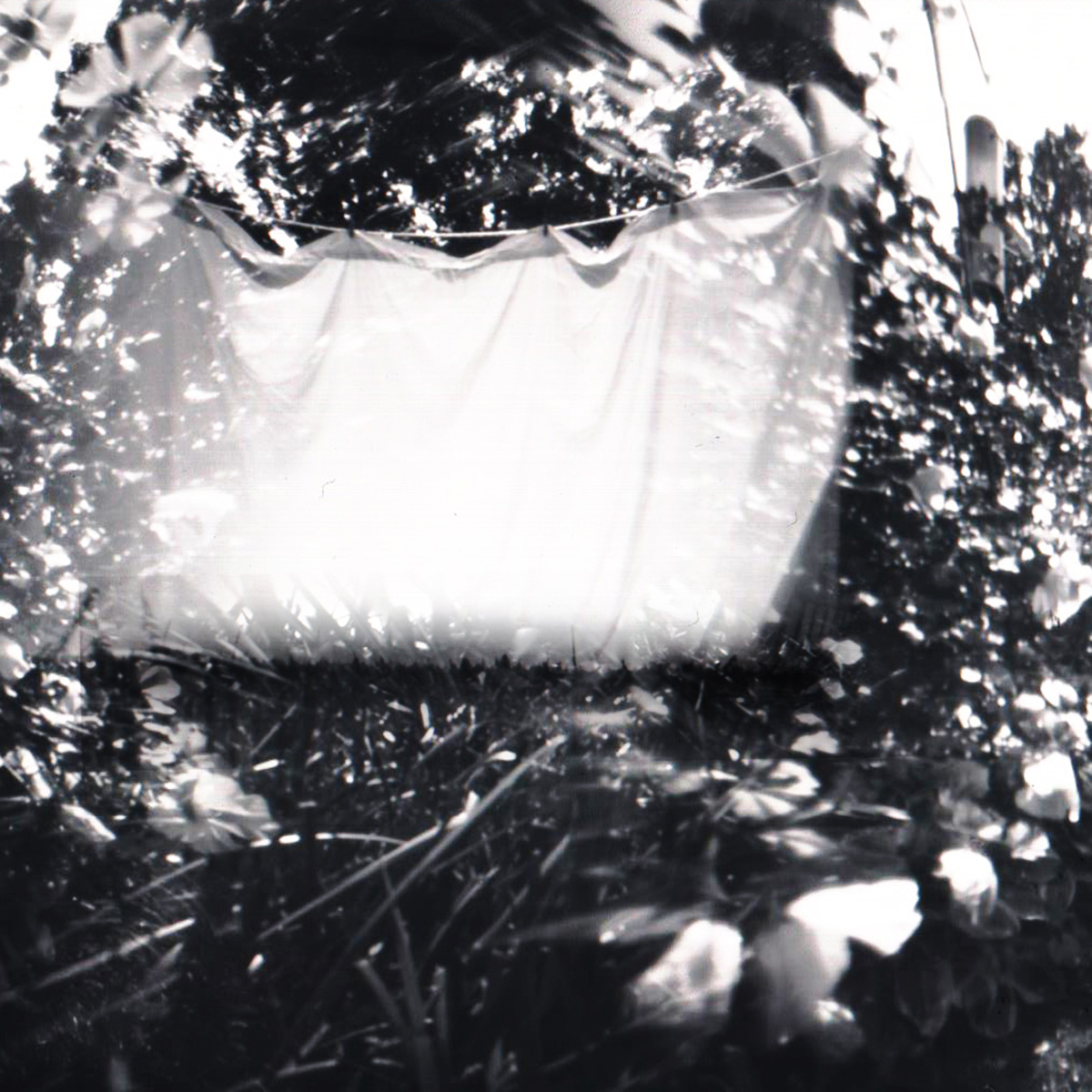 Sometimes shadows reappear and darken the images, but I am more accepting of them now.  If I just acknowledge them, accept them, and keep moving, something shifts after a while and the images start to brighten – much like day after night.  It is a natural cycle, this movement through night and day, winter and spring, sadness to happiness and back again.  The motivation for me to do this type of work is that I increasingly spend more of my time in the sunshine and less time in the shadows.

It helps that I have learned to start the cycle at a different place.  When the anxiety first returned, I could have chosen to continue down my usual, difficult path and put myself way outside of my comfort zone.  I could have chosen to work through it, to take the harder, more emotionally risky road, trying to climb the highest mountains – this has been my approach much of my life.  It would have been successful, but exhausting.  Instead, I now decide to go easy on myself, avoiding the large, difficult emotions for the moment and instead going to a place where it is easier to find feelings of happiness, fun and discovery.  Sometimes I find them right in my own backyard. 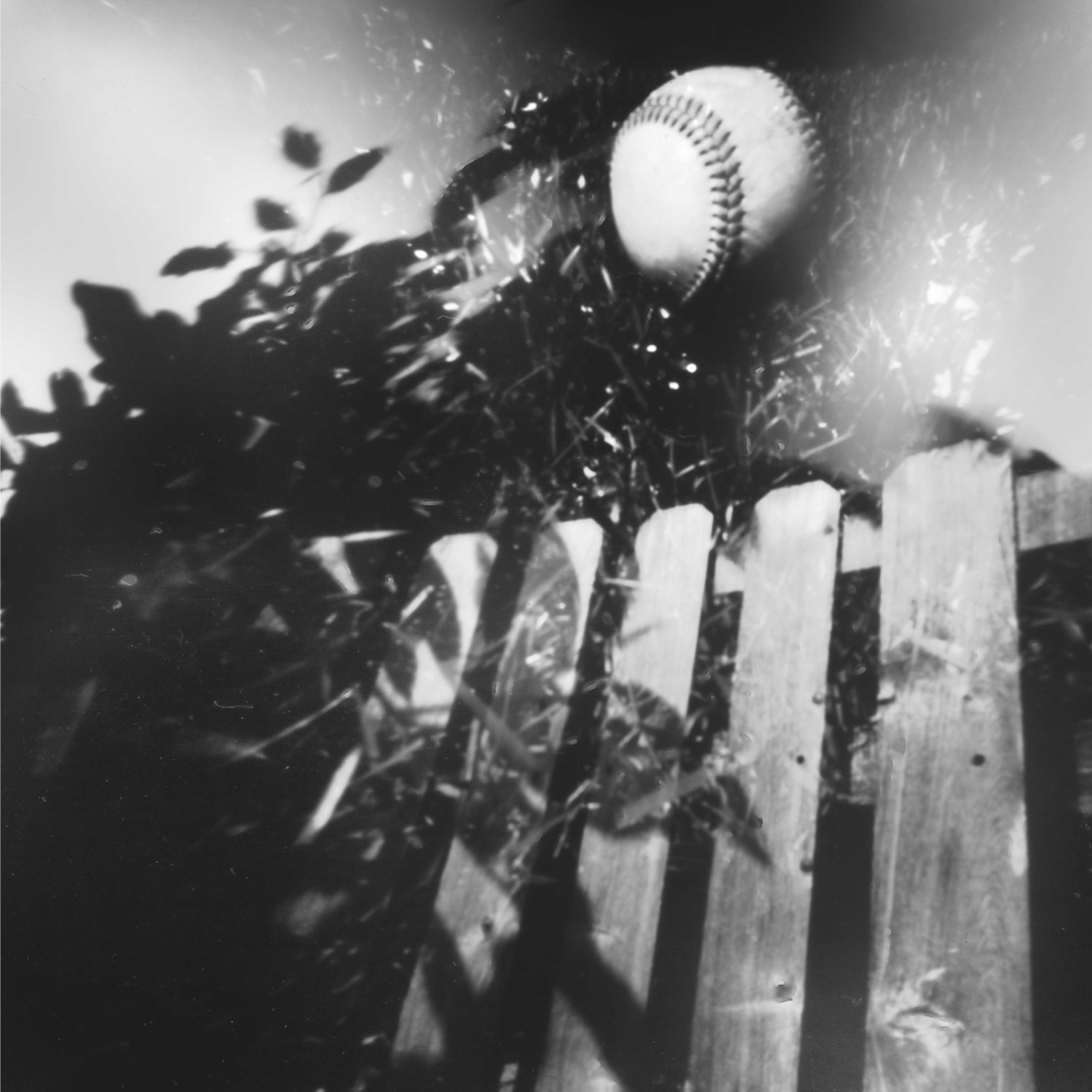 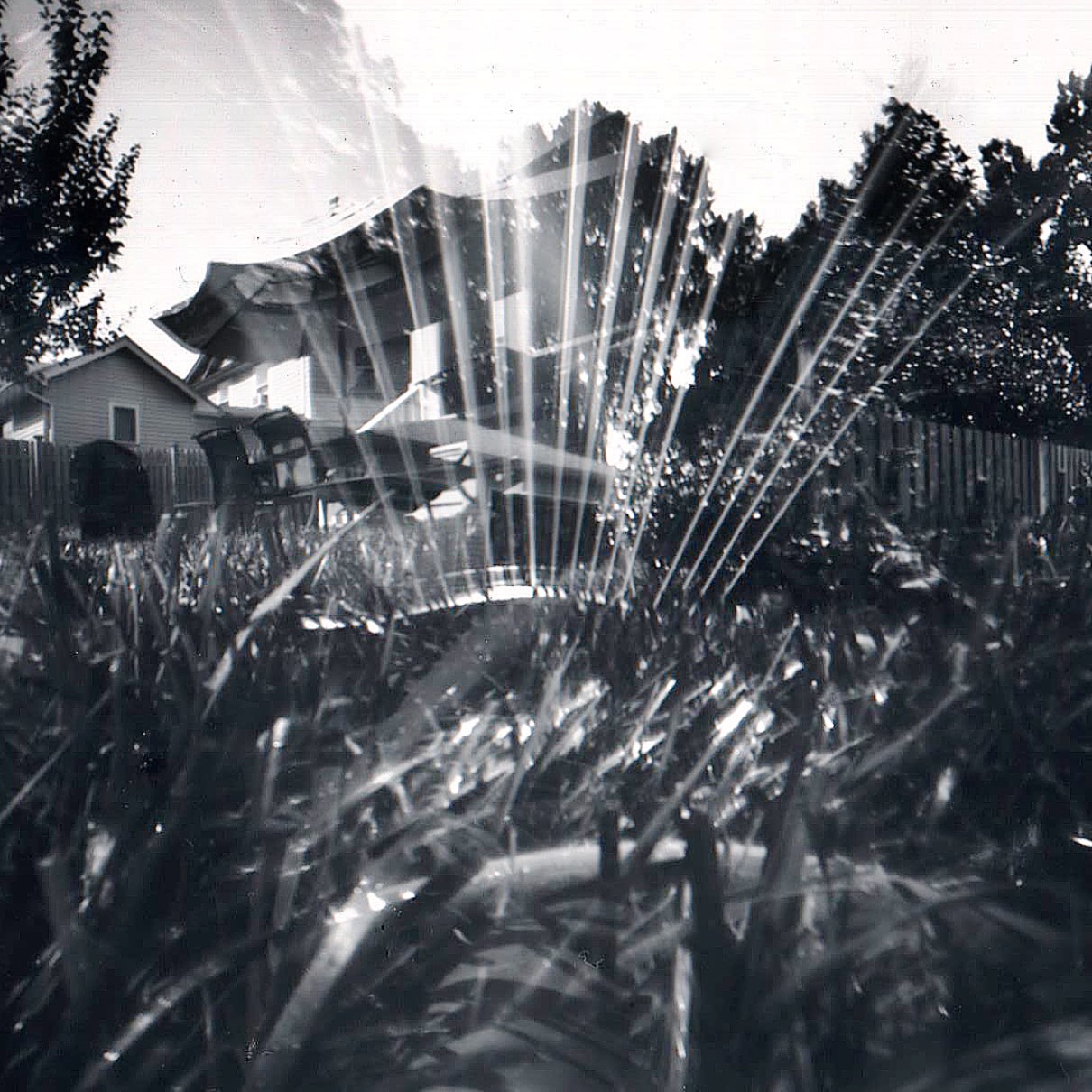 I now recognize that I am faced with these choices daily, but I have more awareness when it comes time to do so.  Sometimes I still choose to climb the mountain peaks, but other times I take a long, leisurely walk in the sun; and occasionally, I decide to do nothing at all.