Re-Remembered is a story about fathers and sons, baseball, and mental illness. It is in the form of a one act play that describes how I used a creative, therapeutic  photography process to reconnect with my estranged and long-deceased father.

I began this creative journey by photographing the childhood objects that I most associated with my father.  Over time, it became a trip into the emotional core of these objects, unearthing the feelings and memories associated with a black wallet, wingtip shoes, zippo lighter, baseball glove and many other long-forgotten items.

Creating the series brought up many childhood memories.   At first, all were negative experiences that reinforced my perception of my father with all his faults and tragedies.   However, during the process I was able to see these experiences from a different perspective.   The belief that my father “never gave me anything except heartache” was slowly replaced by a long list of very specific positive traits, skills and opportunities that were given to me from my Dad.

I started to look for these connections as I realized that there were probably more surprises to be found.   It was not difficult.   Most were memories that had been part of my conscious past; it was just a matter of seeing them from a different perspective.  These memories and their transformation from pain to pleasure are the framework of Re-Remembered; a 40-minute monologue designed to be delivered surrounded by the large photographic works created during the process.  It’s a testament to the belief that it is never too late to have a happy childhood.

The Art of Enough

When I was five years old, my father had a series of bipolar episodes that threw our idyllic suburban home into chaos. Seeking to cope with the upheaval, my five-year-old self created a story. The story went like this: if I could just be something different, something better, I could change all that had happened to my father and prevent bad things from happening again. Of course, no matter what I did, it was never enough. It was never enough then, and it was never enough for a lifetime. I spent my life constantly needing to do more, to be more.  Luckily, society incentivizes one for such behavior so many times it was rewarding and exhilarating but as I got older it became exhausting and anxiety provoking.

The Art of Enough is a personal, transformative art making project. The process is much like my previous works where I used a multi-disciplinary, psychology driven creative process to become aware of, and then transcend, limiting patterns of emotions and behavior. Creative process is core of my work; it’s a place where I seek freedom and spontaneity through acting, movement, voice exercises, therapeutic photography, video techniques, writing explorations and mindfulness practices.

The Art of Enough resulted in a series of podcasts, photographic artworks and personal psychological and emotional change. I have been able to slow down, stop a compulsive need to always “climb the highest mountains”, and most importantly been able to find moments when I consciously decide to say “no” in situations where I previously was subconsciously driven to say “yes”. In many ways, it was about becoming more present and making more conscious choices, instead of always reacting to situations around me based on some inner voice that commanded me to “do more” or to “be better”. I have done enough and now, in many cases, if I choose to do more it is because I believe it will result in more pleasure, more freedom and more connection with those around me. 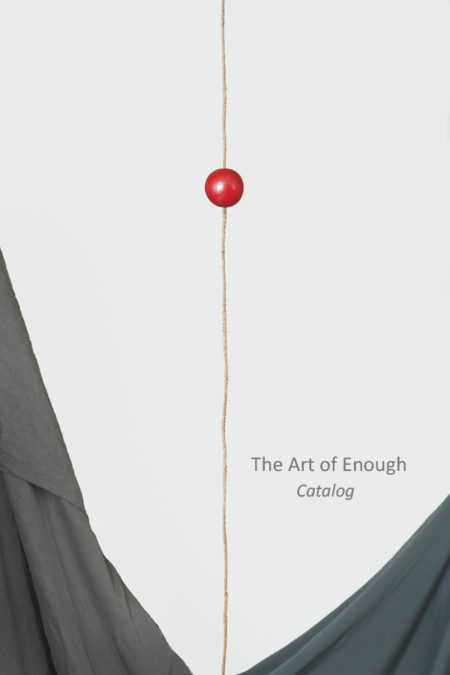 The Art of Enough Podcasts

Ep5 – Directions to Enough – Episode 5 is an appendix to The Art of Enough podcast series.  It presents 20 life and creative guidelines for slowing down, feeling more enough and integrating creative process with psychological and emotional change.

Ep3 – Exhaling the Subconscious – Episode 3 details the science of anxiety and how breath-work can reduce anxiety and increase creativity.

Ep2 – Gaining Awareness –  Episode 2 explains how meditation, psychotherapy and art making can help you become aware of how past experiences are affecting your current emotions and behaviors

Ep1 – Origins of Not Feeling Enough – Episode 1 explores the psychological origins of not feeling enough, how it can cause us to become overachievers and how creative process can help us curb this problematic emotion.